This weeks Word Press photo challenge is Quest. I wondered if I should post about this gentleman, and his quest for fish.

As I continued on my morning walk, I saw some other people set up for a day of fishing. 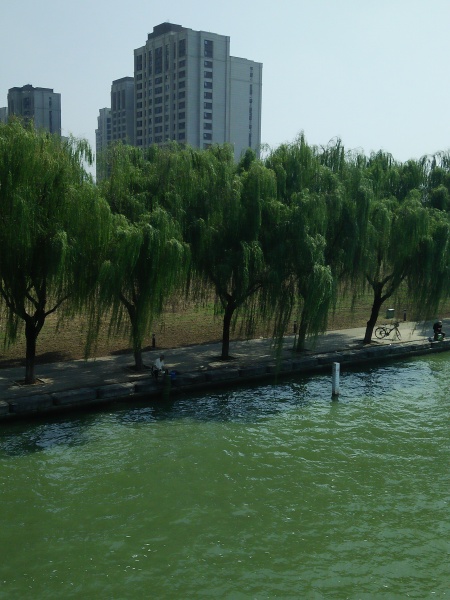 It reminded me of the classical Suzhou garden, Garden of the Master of the Nets, or 网师园 wang shi yuan,  literally Net Master(‘s) Garden. Built back in the 12th Century (1146 AD), it was originally named鱼隐 yu yin, or Fisherman’s Retreat. The official, tired of the dramas of court life, wanted to emulate the tranquil life of a fisherman.

Some years later in the Qing dynasty, another disgrunted official bought the residence and redesigned it. He gave the garden its current name, Garden of the Master of the Nets, emulating the original, and also signifying his dissatisfaction with court politics.

I’m sure the fish the officials court in their carefully designed pond were safer to eat than any that might be caught in the lake today. 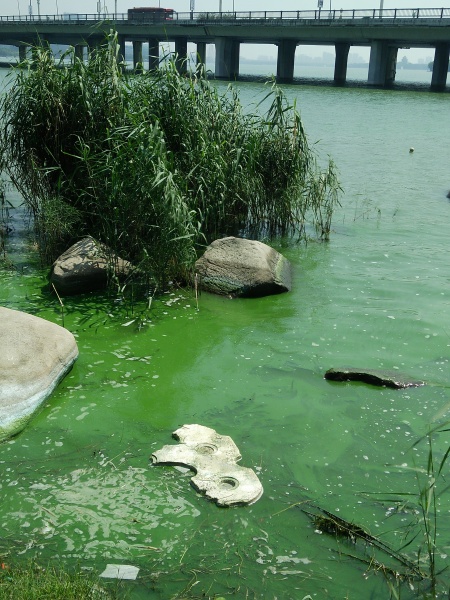 What exactly is causing that green sludge, I don’t know. If the fisherman were to offer me a bit of their catch, I’d tactfully decline. 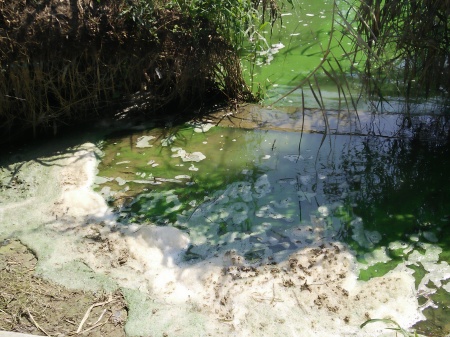 I wondered should I post about a perennial quest for dragons, or like everybody, a quest for a quiet, comfortable life, but in the end, I decided my predominant quest of the day was this – 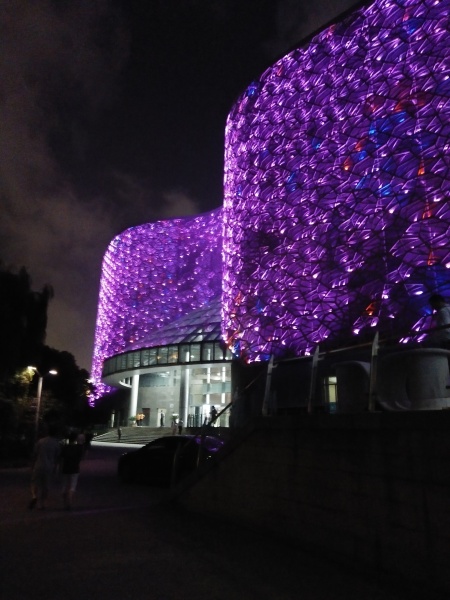 finding yet more angles from which  to photograph my favourite building.

Yes, indeed – a certain blog-fishie friend might be interested to know their is even a Starbucks overlooking the lake, outside of the wonderfully lit-up Suzhou Arts and Cultural Centre.

A third official, later in the 18th Century, bought the Garden Residence and extensively renovated it. Should you be fortunate enough to go there today, the borrowed views, the unusual rocks shaped to resemble mountains, the pond with its three stone arch bridges all follow much the same design as the third official’s construction.

All classical Chinese gardens are a refined elegance, a harmony of poetry and architecture, a balance of stone and water, a minature world designed to bring quietude and peace.

Perhaps my quest was to find the harmony, balance, and communion with nature that the Suzhou Gardens were aiming for. I never tire of their inspiration, their poetic sensibility, and the smell of fresh osmanthus in spring.

Over at the Humble Administrator’s Garden, it was lotus season, but I got there too late, or too early.

It would be foolish of me, of course, to make a post about questing without  Asking Heaven. 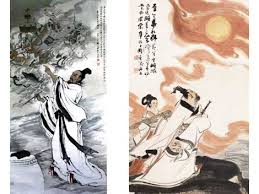 天文 Tian Wen is one of China’s ancient, classical texts. Due to the grammatical structure of Chinese Language,  it can be translated as Heaven’s Questions, or Ask Heaven.

questing for questions, i emerged with no answer

searching for dragons, i found only bright stars

asking Heaven was to no avail

Here’s a poem from the Heaven Questions, much better than my paltry attempt, above.

Of the beginning of old

Who spoke the tale?

When above and below were not formed

Who was there to question?

A Chinese Garden Court: The Astor Court at the Metropolitan Museum of Art ( conventiently available on google books)

5 thoughts on “Fishing for a Quest”