An open horizon across a Mongolian lake, containing the promise of movement, change, and a brand new day… 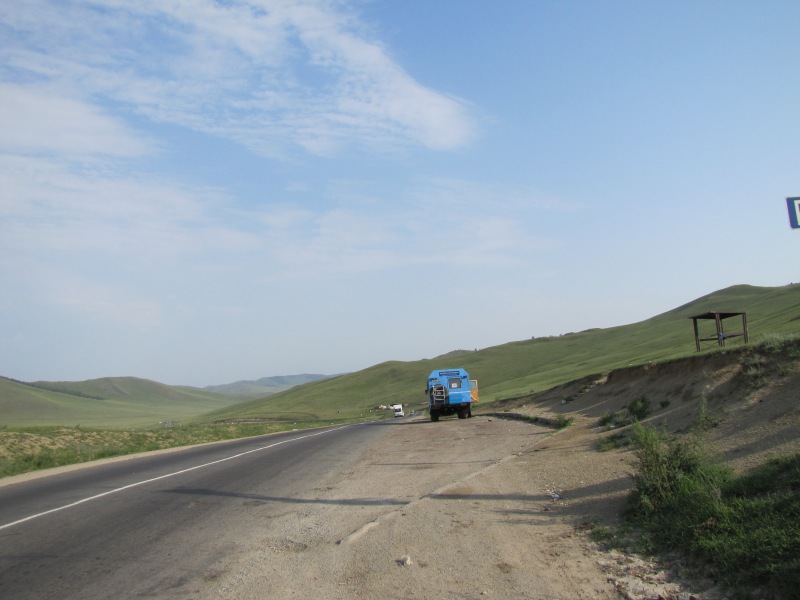 and vehicles like this converted Russian truck known as the ‘gaz’. In Mongolia, the horizon is as limitless as the grasslands….

Nomadic peoples and agricultural, settled peoples, have a different view of the world. Nomadic peoples connection with nature is immediate, raw, and intimate. The Mongolian god is the Eternal Blue Sky. 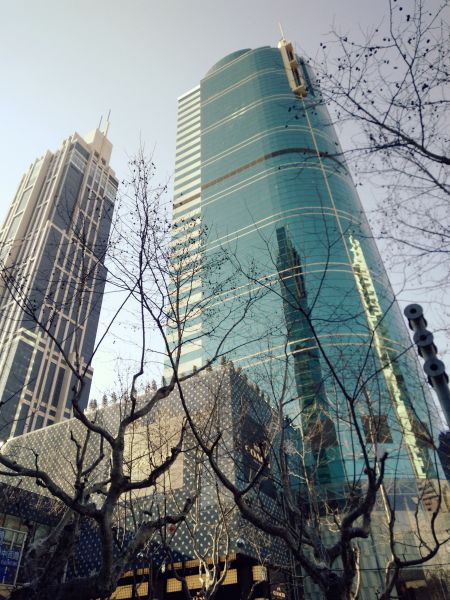 The visual, tactile, and sensory impact of lack of nature can cause illness and disease. Richard Louv in his book “Last Child in the Woods” first coined the term “nature deficit disorder” – and it’s a chronic condition in contemporary China. Striving to find a spot of blue sky impedes the connection with nature. “Civilization” becomes paramount and nature deficit disorder arises. Without an unobstructed view of open space and clear skies, the spirit feels contained, squashed, pressed in.

When there’s nothing outside by rolling grasslands, and a great long wall is built….

Are you trying to keep marauding horsemen out? Or keep your gentry inside?

Or is the concept of a ‘great wall’ at all, just latter-day scholars vain-glory?Author Arthur Waldron describes the Great Wall as “a fascinating vision” based on “fundamental misunderstandings”.  The Great Wall of China has many myths surrounding it.Never one long wall, but a series of city walls and ruling state frontier boundaries, it was not until the Ming dynasty ( 1600s -after the Mongol-ruled Yuan dynasty) that serious wall-building began.

Nomadic peoples and agricultural, settled peoples weren’t always at war – the border Walls often as not functioned as places of trade, with seasonal markets lining the edges of the frontier walls.

Qin Shi Huang, China’s “first emperor” back in 200 BC, is said by the history books to have “built the Great Wall. If that is so, questions Waldron, why then is there little mention of it in historical records left from the succeeding dynasties? Records exist, but not necessarily for one long wall, but a series of walls built by city-states to protect their regional territory. Marco Polo, apparently, did not mention a ‘great wall’ either…

Is a clear horizon necessary for human being’s mental and emotional health?

Or is freedom really just  another word for nothing left to lose….