The monochrome  whites of a typical canal-side street in Jiangnan. Jiangnan is the area around the Yangtze River delta, where towns are characterised by their water-ways. People go about their daily lives, doing their washing in the canals then hanging them from their balconies – until the developers come along and gentrify, tourist-ify their homes.

Red-coloured fireworks create red-coloured dust in the night sky, and reflect in the lake, turning it festive red for the New Year. 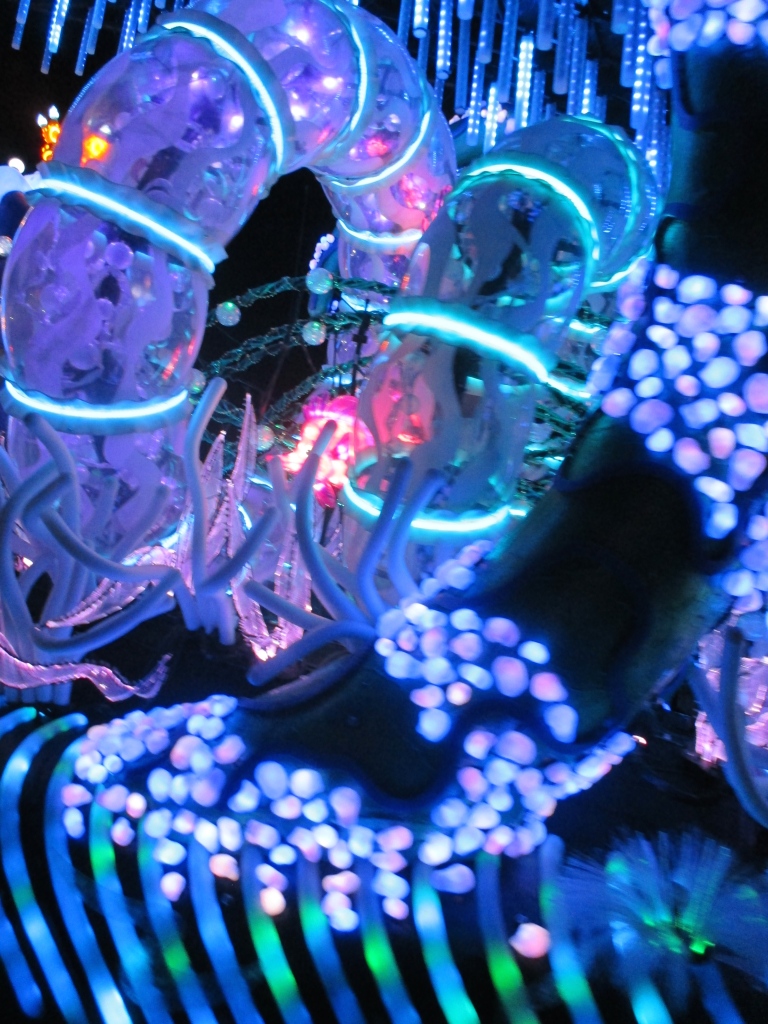 A  fiesta of  blues and indigos on a float at Hong Kong Disneyland.

Shades of beige in an elaborate carving depicting the story of White Snake.

Green rails frame the lush greens of lotus leaves, the promise of pink in the emerging bud.

My favourite monochrome in gold – dragons dance on the ceiling of a bronze workshop in Hangzhou.

单铬 －dan ge  is “single chronium” – or monochrome, in Chinese. What’s your favourite picture? Which one intrigues you the most?