It’s the first day of summer on the lunar calendar.

For my lunch today, I was given a boiled egg along with the usual mix of vegetables, meat and rice. I wondered the symbolism of the egg, but no-one much knew. “Chinese tradition” they said. 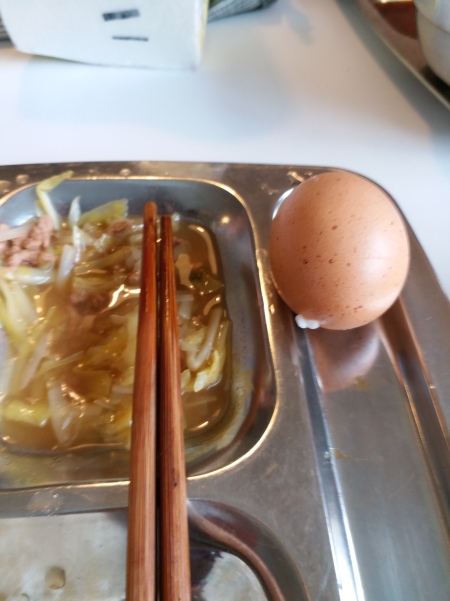 The Chinese calendar is quite a complex thing, a mixture of lunar and solar reckoning. There are 24 “solar terms”. This particular solar term, 立夏li xia, marks the sun reaches the celestial longitude of  45 degrees, and the beginning of warmer weather.

The eating of eggs is supposed to give children nourishment, and protect them from the onslaught of heat and humidity. Traditionally,  black tea-dust or walnut shells were used  in the boiling water, giving the eggs a dark red colour, thought to protect the heart.

Yesterday I saw some children make little nets with string, and was told it was for the eggs at the beginning of summer. Bemused, I turned to google, or as I’m in China, Bing. (“Bing” is the default search engine in China, and instead of saying “google it” , people will say ” I  will “bing it”. ). Apparently games are played with eggs in the little nests made from colourful strings attached around the children’s necks.

Regardless of the Beginning of Summer, it’s still been rainy and somewhat chilly here. Would someone please tell the Weather Gods that it’s summer already?